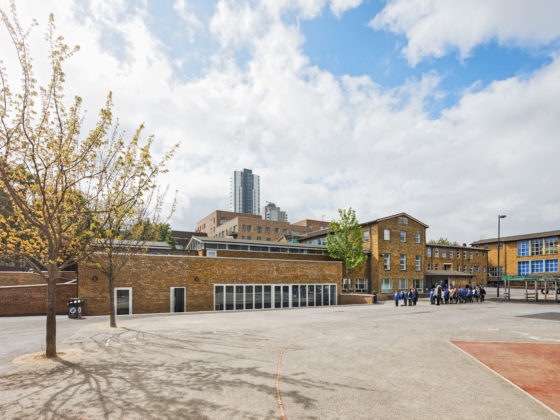 Woodberry Down School is a listed post war school in Hackney which was extended from 2FE to 3FE. The school is the oldest surviving and best preserved permanent school building from a period where most new schools were of prefabricated construction.

The original 1951 building by Robert H. Matthew of the London County Council (LCC) is listed Grade II due to the quality of its building materials and artwork, the intactness of the original building and as a rare early example of post-war school planning in London. The school’s expansion from two to three forms of entry required new classrooms, wheelchair access to upper floors and improvements to the kitchen and dining arrangements.

The classroom block is conceived as a series of simple volumes, complementing the massing of the existing school, linked by a lower volume housing the stores. A glazed corridor links the new block to the existing building but is a clear visual break between the two. The dining extension is a similar simple form with a large glazed opening.

Shortlisted for the 2017 AJ Retrofit Awards 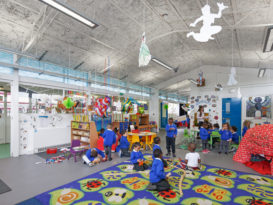