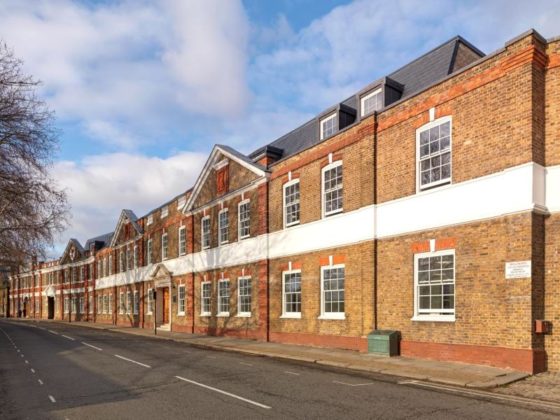 The existing building was constructed in the early C20 and used as the HQ of a laundry until its conversion to offices in the 1980’s in a scheme that retained the original Georgian style façade.

A major fire in 2016 severely damaged the building and this led to a major restoration and extension project. Large parts of the 1980’s steel frame required replacement and as part of this work an additional storey was added together with floorplate extensions to the rear.

The end result is a much improved building with services and structural zones combined to facilitate the additional storey without significantly increasing the overall height of the building.

Edge Structures provided full structural design services for the building, assessment of the fire damaged parts and temporary works design to retain the façade until the new structure is complete.